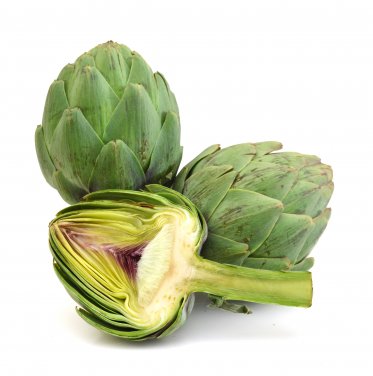 Artichoke hearts are actually the bud of a pretty violet flower. The actual edible part of the flower is so hard to get to that it must be picked by hand with a special artichoke knife.

Artichokes plants were first developed in Sicily but now grow wild in the South of Europe. When the Spanish settlers came to America, they brought the plant with them. As a result, it’s now cultivated in California, since the climate here is ideal for artichokes. They thrive in cool summers, frost-free winters and the occasional moist fog.

Most of the United States’ artichoke hearts are grown specifically in Monterey County, Cal., it’s actually the official vegetable of Monterey. A city in the county, Castroville, calls itself the “Artichoke Center of the World.” Every year since 1959, they celebrate their title with an artichoke festival in May. Did you know Marilyn Monroe was even crowned the very first Artichoke Queen there?

As far as eating artichoke hearts, you have many options. Some of the most popular ways are in an artichoke dip and in salads. You can also bread and fry them for a tasty treat. But in Italy, they are usually used on the Four Seasons Pizza. This pizza features a vegetable in each of four sections that represent one of the four seasons. Olives are featured in the summer section, prosciutto in the winter, mushrooms for the fall and artichokes for the spring. See our recipe section for more great recipes featuring Vigo Artichoke Hearts. But be careful drinking wine when eating artichokes- they will affect your taste buds, enhancing sweet flavors as a result.